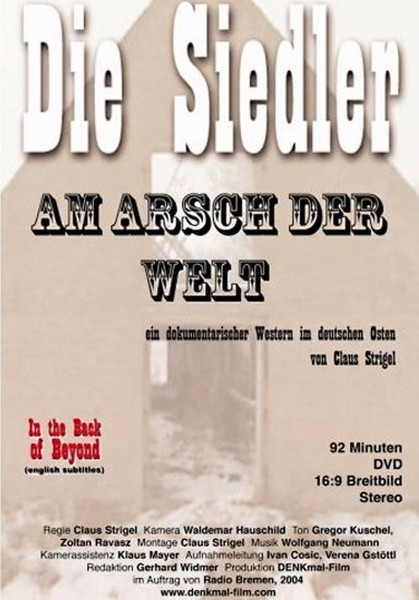 Once upon a time in Ostvorpommern:
In the lee of the new German migration movement, a vacuum was created at the eastern corner of the country. Continuous migration was about to eradicate the population. Abandoned land, ghost towns - the potential for a new beginning. Klein Jasedow far off in the North-East of Germany: a place of dissolution in 1997. Set to be erased off the map. Total annihilation was imminent.

A community of 16 people starts to take notice of Klein Jasedow, a few shacks are purchased, the village repopulates. The neighborhood experiences a never anticipated blossoming: projects are emerging from nowhere, new employment is created. Klein Jasedow is the only community in Vorpommern that is growing instead of shrinking.

But success is encountering head-winds. The silence was deceptive, the claims were already staked: the agricultural mega industry had a firm grip on the land.
A potential for conflict explodes, drawing from the traditional themes of classic Westerns: stirred up masses, crude provocation, devious intrigues, narrow minded hatred of foreigners, and courageous battles for survival.

A documentary Western in the German East.