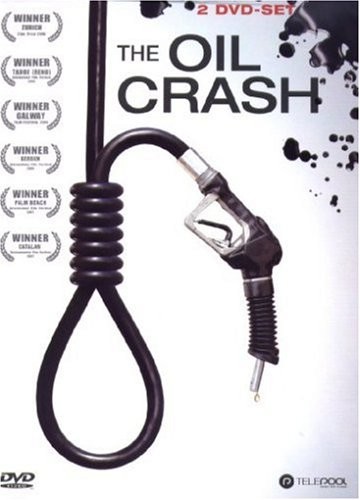 OilCrash, produced and directed by award-winning European journalists and filmmakers Basil Gelpke and Ray McCormack, tells the story of how our civilization’s addiction to oil puts it on a collision course with geology. Compelling, intelligent, and highly entertaining, the film visits with the world’s top experts and comes to a startling, but logical conclusion – our industrial society, built on cheap and readily available oil, must be completely re-imagined and overhauled.

The idea that the world’s oil supplies have peaked, or will soon, is gaining mainstream currency.  Robert B. Semple, Jr., associate editor of the New York Times editorial board, writes in the paper’s March 1, 2006, online edition:

“The Age of Oil — 100-plus years of astonishing economic growth made possible by cheap, abundant oil — could be ending without our really being aware of it. Oil is a finite commodity. At some point even the vast reservoirs of Saudi Arabia will run dry. But before that happens there will come a day when oil production ‘peaks,’ when demand overtakes supply (and never looks back), resulting in large and possibly catastrophic price increases that could make today's $60-a-barrel oil look like chump change. Unless, of course, we begin to develop substitutes for oil. Or begin to live more abstemiously. Or both. The concept of peak oil has not been widely written about. But people are talking about it now. It deserves a careful look — largely because it is almost certainly correct.”

Semple concludes: “These [are] not doomsday scenarios from conspiracy theorists, but hard scientific facts backed by serious research.”

You needn’t be a conspiracy theorist to see a connection between America’s current obsessions with the Middle East and national security, and the world’s looming oil crisis.  The frenzied search for alternative sources of energy now being pursued by the largest multinational energy corporations makes it clear they also believe a crisis is fast approaching. Each day’s headlines, whether the subject is Iraq or South America, sheds new light on the issue.

Producer Basil Gelpke explains: “Suddenly, seemingly unconnected news about Katrina and Rita hitting the Gulf Coast’s oil refineries; the ongoing war in Iraq; the nuclear ambitions of Iran; the populist politics of Hugo Chavez in Venezuela; the appalling corruption in most oil producing countries; the de facto nationalization of Yukos in Russia; the steep rise in costs of everything oil-related; and even increasing share prices of companies involved in solar, wind and nuclear energy all pointed in the same direction.  Oil is running out, and nobody is ready for the cataclysm that is bound to follow.”

The film includes in-depth, thought-provoking interviews with Colin Campbell, Matt Simmons, Roscoe Bartlett, David Goodstein, Matt Savinar, Terry Lynn Karl, Fadhil Chalabi, Robert Ebel and many others.  Shot on location at oil fields in Azerbaijan, Venezuela, the Middle East and Texas, with original music by Daniel Schnyder and Philip Glass, the film provides not only questions, but possible solutions to the most perplexing and important economic, environmental and public policy issue of our time.

One year ago, in a report commissioned by the U.S. Department of Energy, Robert L. Hirsch challenged the notion that the free market can solve the onrushing emergency:

"The world has never faced a problem like Peak Oil. Without massive mitigation more than a decade before the fact, the problem will be pervasive and will not be temporary. Previous energy transitions (wood to coal and coal to oil) were gradual and evolutionary; oil peaking will be abrupt and revolutionary."