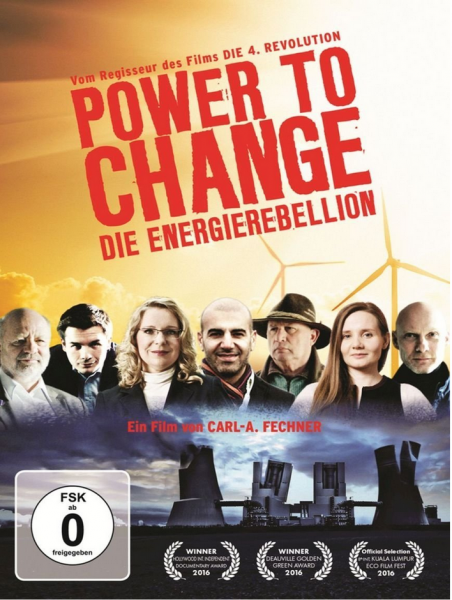 Germany faces the biggest structural reform since the beginning of the industrial age. POWER TO CHANGE – The EnergyRebellion is the cinematic experience and exploration of this millennium challenge.

This is the story of a quest – a search in which questions are raised and answers found.

The film shows the conflict over an energy revolution, which began as a grassroots movement and is being advanced through decentralized, regional players. It draws upon the personal stories of people who have taken the responsibility for their energy supply and the protection of their natural livelihood into their own hands. By weaving together people and places it creates an authentic record of our time. With a journalistic-analytical approach, supported by in-depth research, the film shows the daily struggle of activists, entrepreneurs, skeptics and critics in dealing with this energy revolution. It seeks to attract international media attention in order to project their struggle onto to the world stage.

It’s a film that aims to put an end to the doomsday scenarios and the cynical discussions over the feasibility of the energy revolution. It’s entertaining, exciting and fascinating, without succumbing to moralistic preaching. But it is irreconcilable where reconciliation is not possible.

Photos and text with friendly  permission by Ulf Lepelmeier, fechnerMEDIA